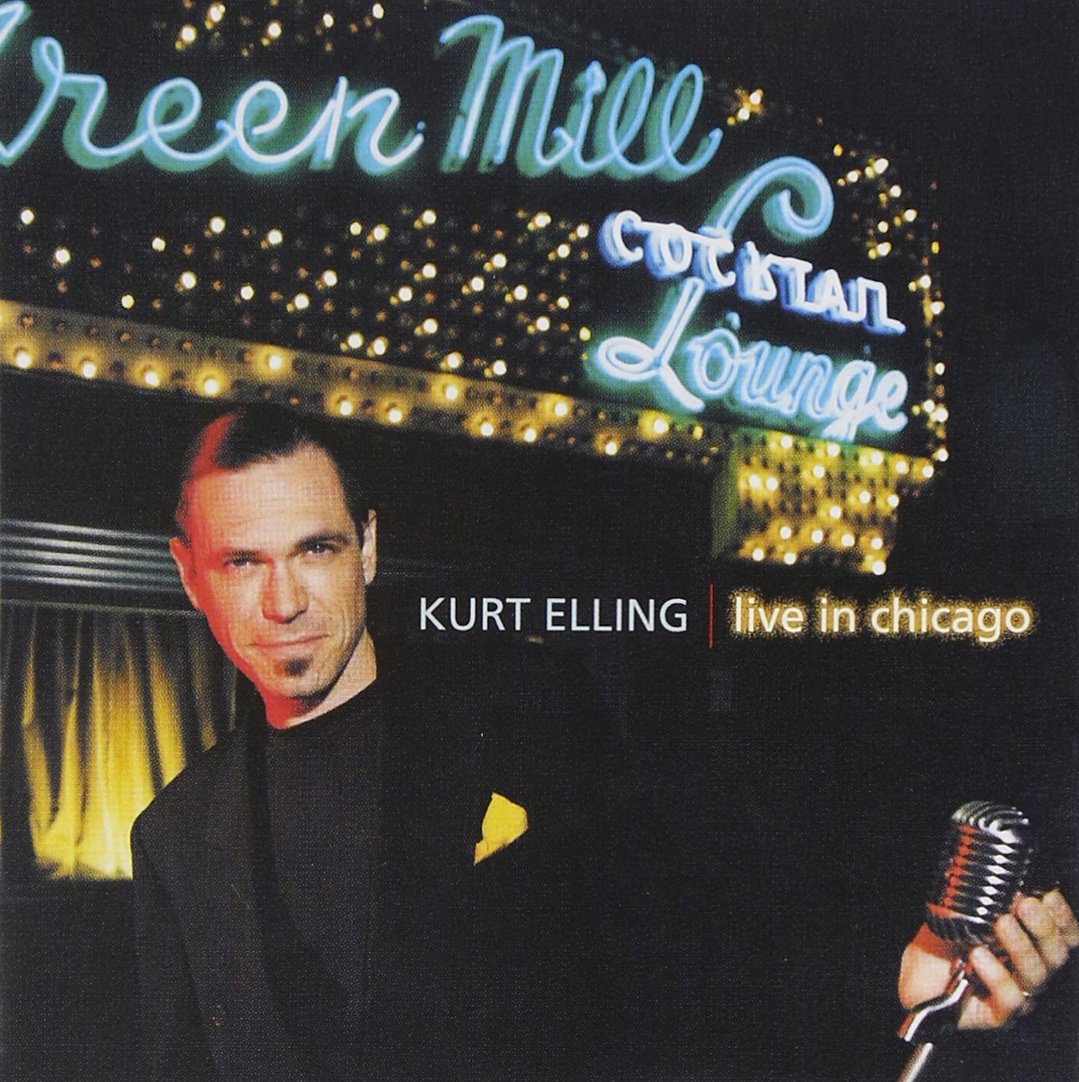 Jazz singer Kurt Elling joins rapper Bushwick Bill of the Geto Boys as one of the few current artists whose musical roots lie in divinity school. In that case, one could say Elling is continuing to "spread the gospel," only now his proselytizing has taken on a more secular bend. That's not to say that certain tracks on this disc like "Smoke Gets in Your Eyes" don't still sound like the emanations of a man possessed by the spirit. It's just that now Elling isn't focusing on saving souls, he's trying to sing soulfully. Being in front of his hometown crowd helps, considering that the three-time Grammy nominee is already something of a local hero in Chicago, and it's obvious that the warm and adoring crowd brings out the ham in this slickster, who's emerged as the preeminent jazz singer in the post-young-lions era. Fitting in with that hegemony, Elling is more in the "velvet smog" tradition of a Mel Torme or Earl Grant than a hipster like Mose Allison. In fact when he attempts this type of bop prosody on "The Rent Party," it sounds pretentious and forced, despite the fact that the second half of this cut provides the best example of actual jazz on the LP: with a swinging rhythm provided by pianist Laurence Hobgood, bassist Rob Amster, and drummer Michael Raynor and honking solos by tenor players Von Freeman and Ed Petersen, these guys really cook. Hobgood, who is Elling's primary collaborator, provides ample support also on a version of Wayne Shorter's "Night Dream." Meanwhile, vocalese pioneer Jon Hendricks joins Elling for renditions of "Don't Get Scared" and "Goin' to Chicago." Unfortunately, Elling is least convincing when he scats. Then again, perhaps we should heed Elling's advice in the between-song banter: "Have another drink, because the more you drink the better we sound." --Joe S. Harrington

Kurt Elling's unique vocal style - a combination of crooning, vocalese, and scatting, all informed with a Beat attitude - has pricked its share of ears since he began recording as a leader in 1995. But even Elling would admit that his wild, off-the-cuff improvisations come across strongest in a live setting. "When you plan a live set," he says, "you're dealing with what kind of intensity you want people to experience. It has to hit them with velocity, but we're also trying to build something. I want to create events, but I also want to open their hearts and brains." Blue Note Records is hoping that intensity was captured on Live in Chicago, Elling's new album that was recorded at his hometown's legendary Green Mill. The record finds Elling teaming up with jazz giants, including Von Freeman and Eddie Johnson. "Goin' to Chicago" is a duet between Elling and one of his influences, Jon Hendricks.